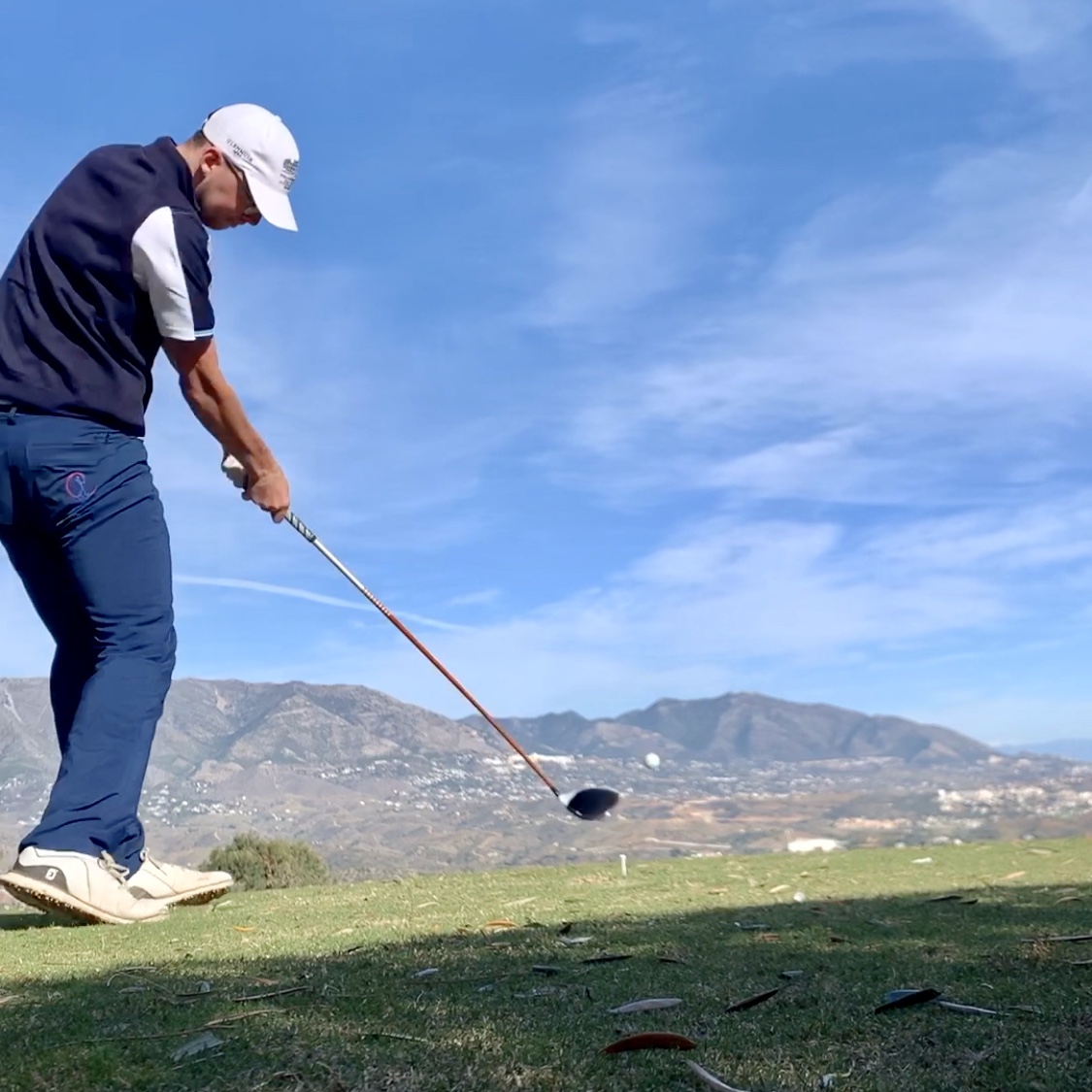 After a few days off following the Goslings Invitation, I was leaving again for Alps Tour Qualifying School held around LaCala Resort in Malaga, Spain.
Friday 13th (travel day) consisted of a 1:30 am wake up to watch The Presidents Cup before leaving for London Luton at 4:00 am. I would like to take this opportunity to thank my Dad for waking up in order to drop me off. Following the usual airport remedies I was on board a 7:15 am flight to Malaga airport. Once there, I collected my bags, waited an hour and a half for my transfer to arrive before getting to the hotel at 1 pm. I quickly changed into golfing attire and took a shuttle up to the range in order to scope out what was where as well as getting some reps in after a few days off.
Saturday 14th (practice day) started off with a 6:30 am wake up, the usual 1/2 hour of morning exercises, breakfast and a shuttle up to the range for 8:30. After some practice, a shuttle back to the clubhouse and some short game work I was headed to the first tee of the America Course. The practice round proved useful, with lots of slope adjustments for approach shots needed; this would help the with no distance measuring devices allowed rule.
Sunday 15th (tournament round 1) also started with a 6:30 am wake up and following the usual morning routines I was grabbing a shuttle to the range at 7:40, or at least I thought I was. Turns out the range doesn’t open until 8, and the first shuttle available at 8:15. When you combine this with a 20-minute wait to get the return shuttle and having to leave for the 10-minute walk to the tee at 8:50, unfortunately, meant I wasn’t able to warm up beforehand. This didn’t prove to be too much of a nuisance as the first shot sailed down the middle. Although after thinking the first was a par 5, as per what it says on the course guide and website, it actually turned out that they had changed it to a par 4. A string of poor choices and bad luck ensued and I made the turn in +6. Unfortunately, things went from bad to worse and I had to birdie the last for a +9. Similar to last week, I walked off the course feeling like I hadn’t done much wrong, but out of the competition.
Monday 16th (final round of the first stage) started with a slightly later wake up, meaning I was able to hit balls for 10 minutes prior to my round. A double-bogey on my second hole (11th) along with a triple bogey on my eighth hole (17th) put pay to the 65 I was chasing in order to make the cut. A steadier final 10 holes were played in even par before signing for a +6 that saw me into 61st position and unable to advance to the final stage.
Overall this week was very similar to Bermuda in the way that my game felt good throughout the week and I didn’t do much wrong in terms of how the game performed. In hindsight, I would’ve asked about the no Bushnell rule, rather than finding out for the first time half an hour prior to round 1. I would’ve also picked the Asia course had I known that the America course’s first hole was a par 4, meaning they now had the same amount of par 5’s. In terms of what this means for my 2020 schedule, I won’t be able to get the travel experience I would have liked through The Alps Tour, meaning I will be playing a series of mini-tour events in the UK, such as TP Tour, Clutch Pro Tour and Jamega Tour, as well as maybe the odd Mena Tour event should I be able to get an invite out. See you in 2020.

I’ll be waving goodbye to the Oscar Bravo posts

Very happy to announce I’m running a golf day to

Enjoyable game shaking off the rust with @britishj

Grateful to have support from the @britishjuniorgo

Well, that’s the season over. Shame about the wa

Disappointed not to pick up this week with a T28th

Happy to say that the amateur ‘career’ has com

Who needs English am when you can qualify for a 65

Nice to have a solid knock after a bad streak, 5th

Not a swing video 🙌🏻

71 (-1) for T23rd on the @clutchprotour at @theshirelondon today. Shame about the last 5 holes but steady batting against a very strong field. Pleasure to play with @toddclementsgolf and @tom.gandy as well. Thanks to the Clutch Pro Tour and The Shire for putting on a great event in short notice 👊🏻 ... See MoreSee Less

Hi everyone, I’m running a golf day this coming July to help raise some funds for my season. All info is on the poster, if you, or anyone you know might be interested in entering or putting together a team you can reach me on here or by email (tigeradams1999@gmail.com). Appreciate the support as always, cheers ... See MoreSee Less

We shouldn't ban people from exercising, because that would punish those heeding the rules.
We should ban morons who ignore the rules to go out partying or sunbathing - from receiving any NHS treatment if they get the virus.

‘Stay at home’ guidelines say essential travel only - which sadly does not apply to golf practice! Spare a thought for our poor golf professionals too @EvansRyan9 @meg_maclaren @TR_TigerAdams @KysonLloyd @JamesWgolf and David Clifford. The good times will be back soon 🙏🙏🏌🏻‍♂️🏌️‍♀️